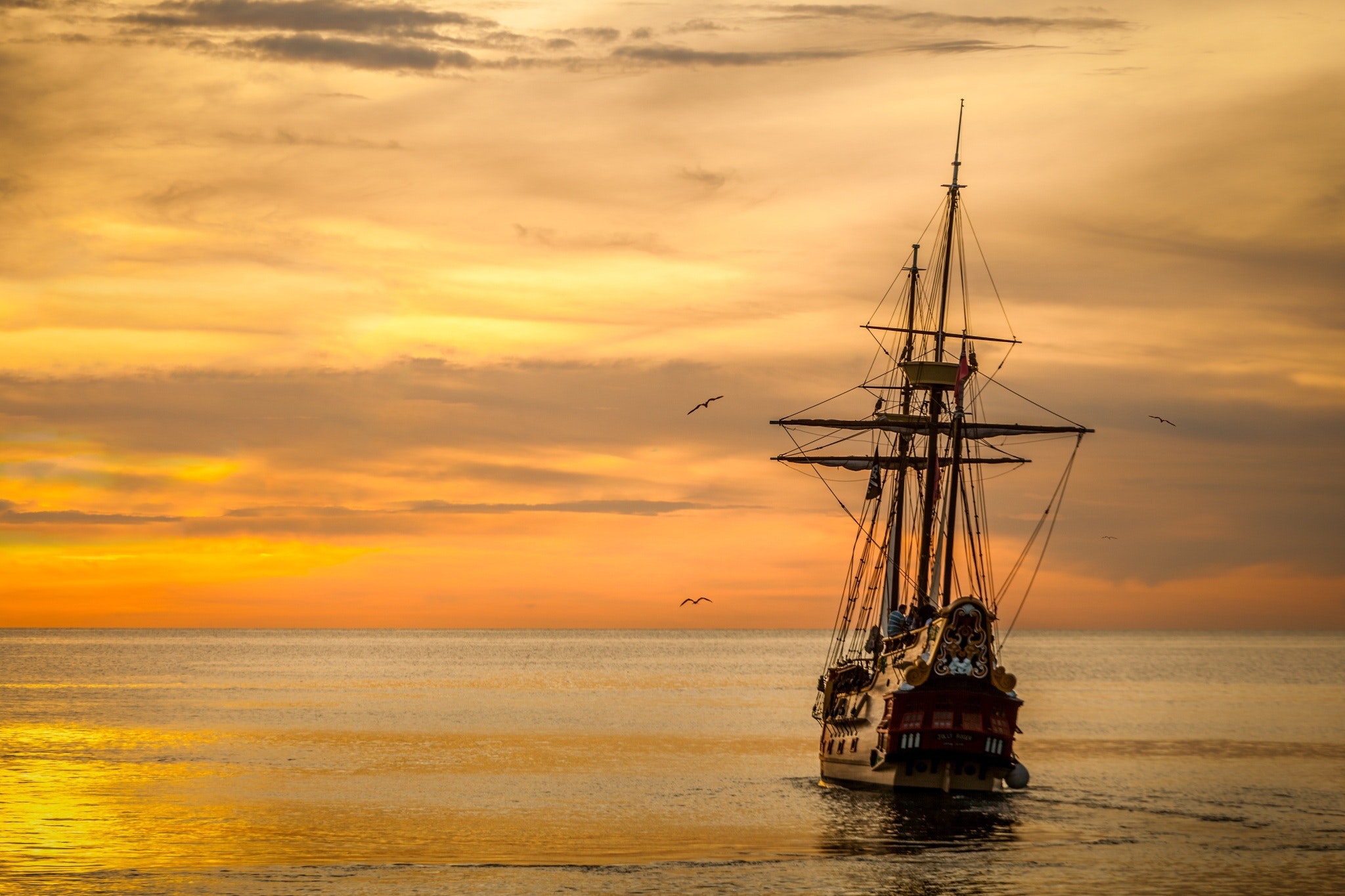 The title On Wilder Seas is taken from The Drake Prayer, supposedly written by Sir Francis Drake. The full prayer reads:

Disturb us, Lord, when
We are too well pleased with ourselves,
When our dreams have come true
Because we have dreamed too little,
When we arrived safely
Because we sailed too close to the shore.

Disturb us, Lord, when
With the abundance of things we possess
We have lost our thirst
For the waters of life;
Having fallen in love with life,
We have ceased to dream of eternity
And in our efforts to build a new earth,
We have allowed our vision
Of the new Heaven to dim.

Disturb us, Lord, to dare more boldly,
To venture on wilder seas*
Where storms will show your mastery;
Where losing sight of land,
We shall find the stars.
We ask You to push back
The horizons of our hopes;
And to push into the future
In strength, courage, hope, and love.

It is quoted repeatedly on the Internet and in prayer books, usually alongside the date 1577, presumed to be the date of writing – but never with verifiable accreditation. No evidence for this prayer exists before the 1980s. It does not sound like Drake in his surviving letters, nor does the language sound Elizabethan in vocabulary or construction. The date 1577, when Drake departed on his circumnavigation voyage, seems highly unlikely.

Nonetheless, for me, this prayer is relevant to Maria’s story. It celebrates daring, boldness and hope. The real Maria lost sight of land many times – most likely, unwillingly, every time.

It seemed fitting to me to reclaim for Maria what had been falsely claimed for Drake.

*          Two versions of this line exist in the unverifiable ether: both ‘wilder’ and ‘wider’ seas. Wilder felt more appropriate for Maria’s story.