This testimony from an unknown sailor aboard the Golden Hind reads: ‘Drake tooke out of this ship a pilate to cary him into the harbor of Guatulco, and also a proper negro wench called Maria, which was afterward gotten with child between the captaine and his men pirates, and sett on a small Iland to take her adventures as shalbe hereafter shewed.’ 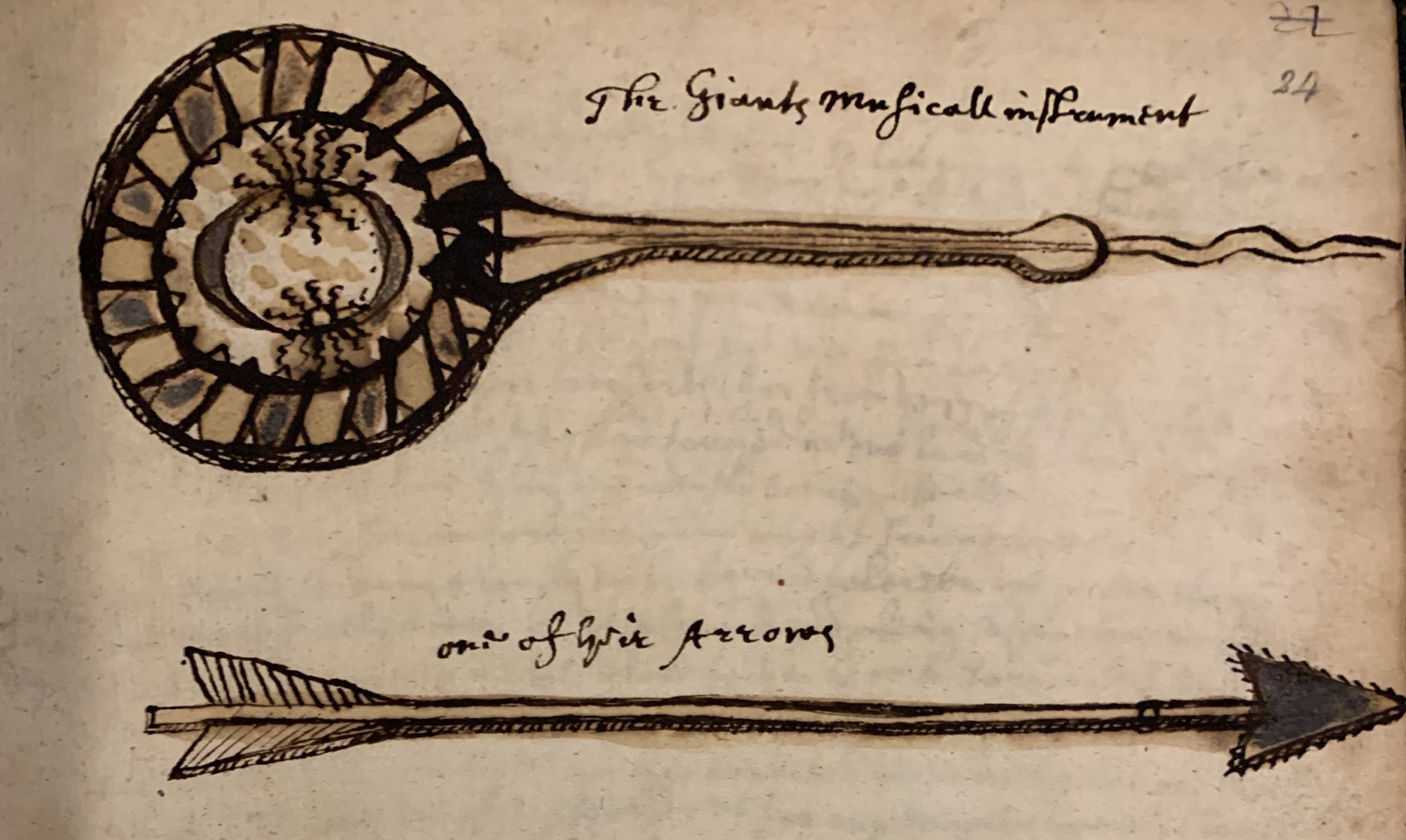 Francis Fletcher, chaplain on the Golden Hind, documented the circumnavigation voyage. A copy of the first half of his diary survives at the British Library. The second half, from November 1578 onwards, is lost. This detail shows a hand-drawn picture of a ‘musicall instrument’ and arrow of ‘The Giants’ – the native people encountered at Port San Julian in Argentina. The complete journal was one of the sources used to compile The World Encompassed, the account of Drake’s circumnavigation published in 1628.

This is the sole surviving example of the first English terrestrial globe, made by Emery Molyneux at his workshop in Lambeth in 1592. The globe marks the track of Drake’s voyage and shows Nova Albion, the colony Drake founded in June 1579, and which plays a crucial role in my novel, at 46°N (Oregon). This is some distance north of the 38°N location (California) cited in Richard Hakluyt’s account of the voyage that was finally sanctioned for publication in 1589. Molyneux knew Drake and had sailed with him, most likely during his West Indian voyage of 1585-86. 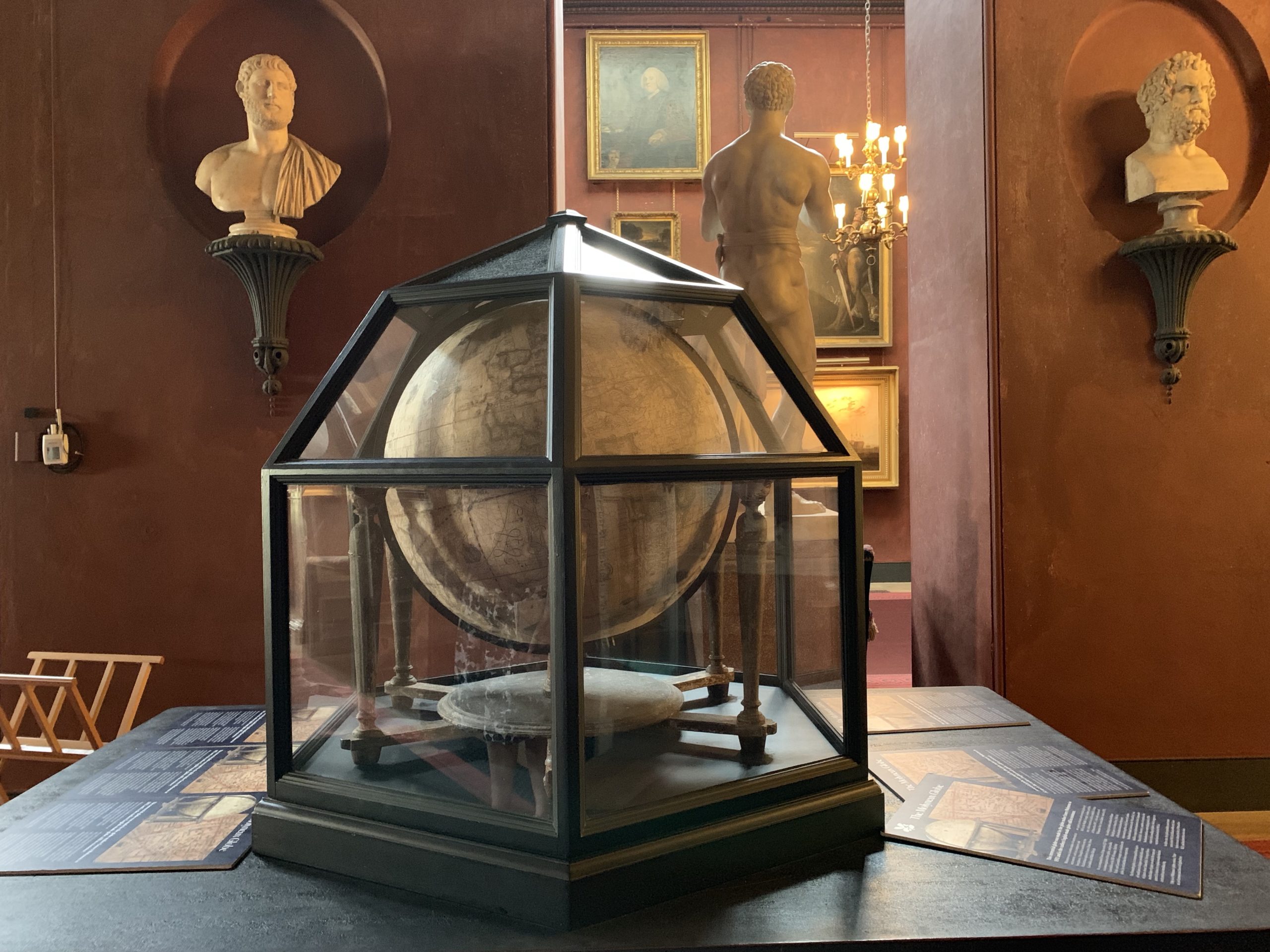 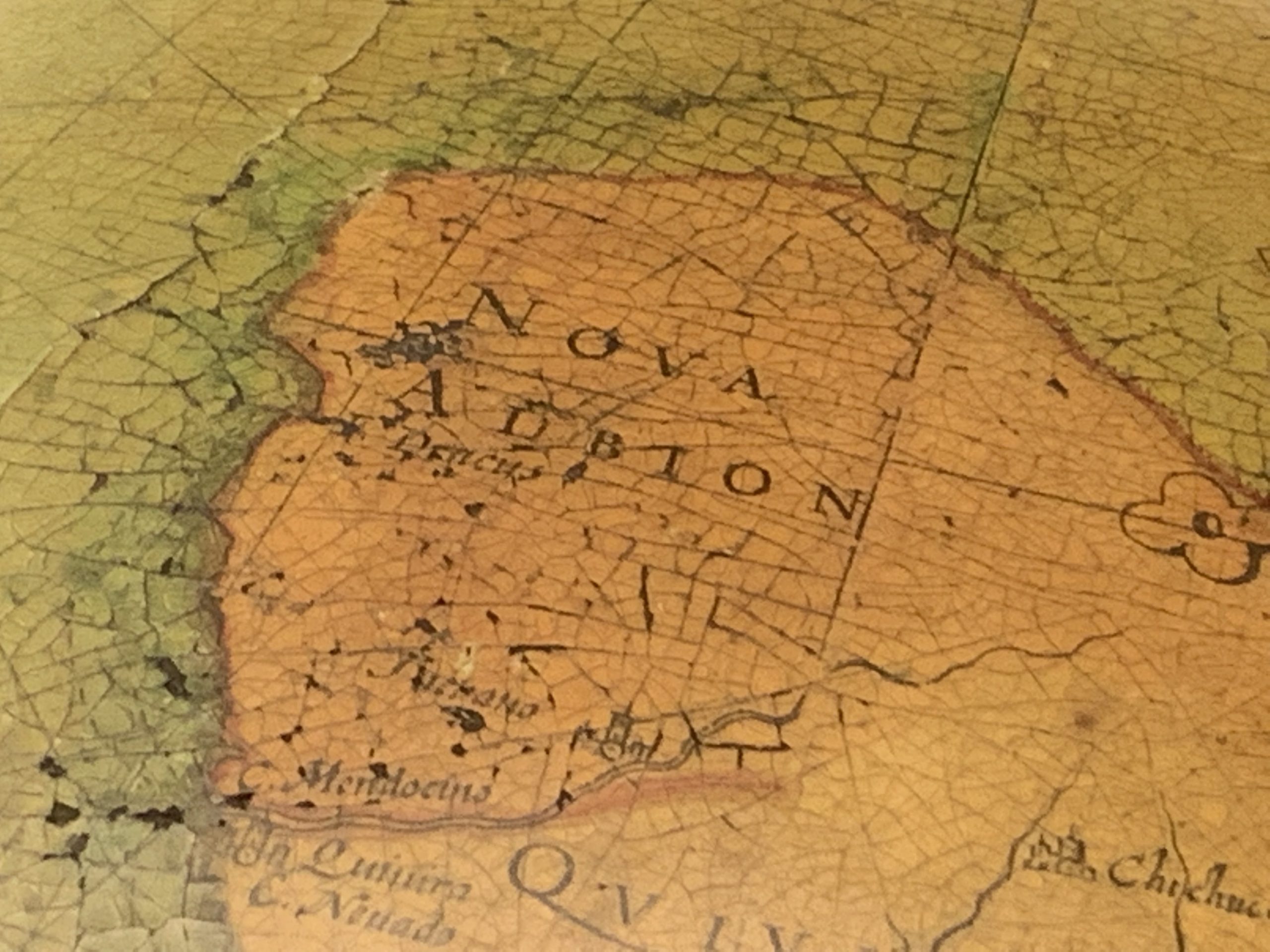 Detail from the Middle Temple Molyneux Globe showing Nova Albion even further north – here straddling the 50th parallel North, and a port marked  F. Dracus at 48°N (British Columbia). This edition was made by Jodocus Hondius in Amsterdam in 1603 using plates he had bought from Emery Molyneux. It is fascinating that Hondius has moved the colony even further north. Was he freer in Amsterdam than London-based Molyneux had been to depict the true location of Nova Albion? Like Molyneux, Hondius knew Drake well. He made several maps for him, and drew the portrait now hanging in the National Portrait Gallery in London.

Queen Elizabeth presented this cup to Drake, carved from a coconut he had brought her from the East Indies, and topped with a representation of the Golden Hind. This extraordinary item features in a key scene in my novel. 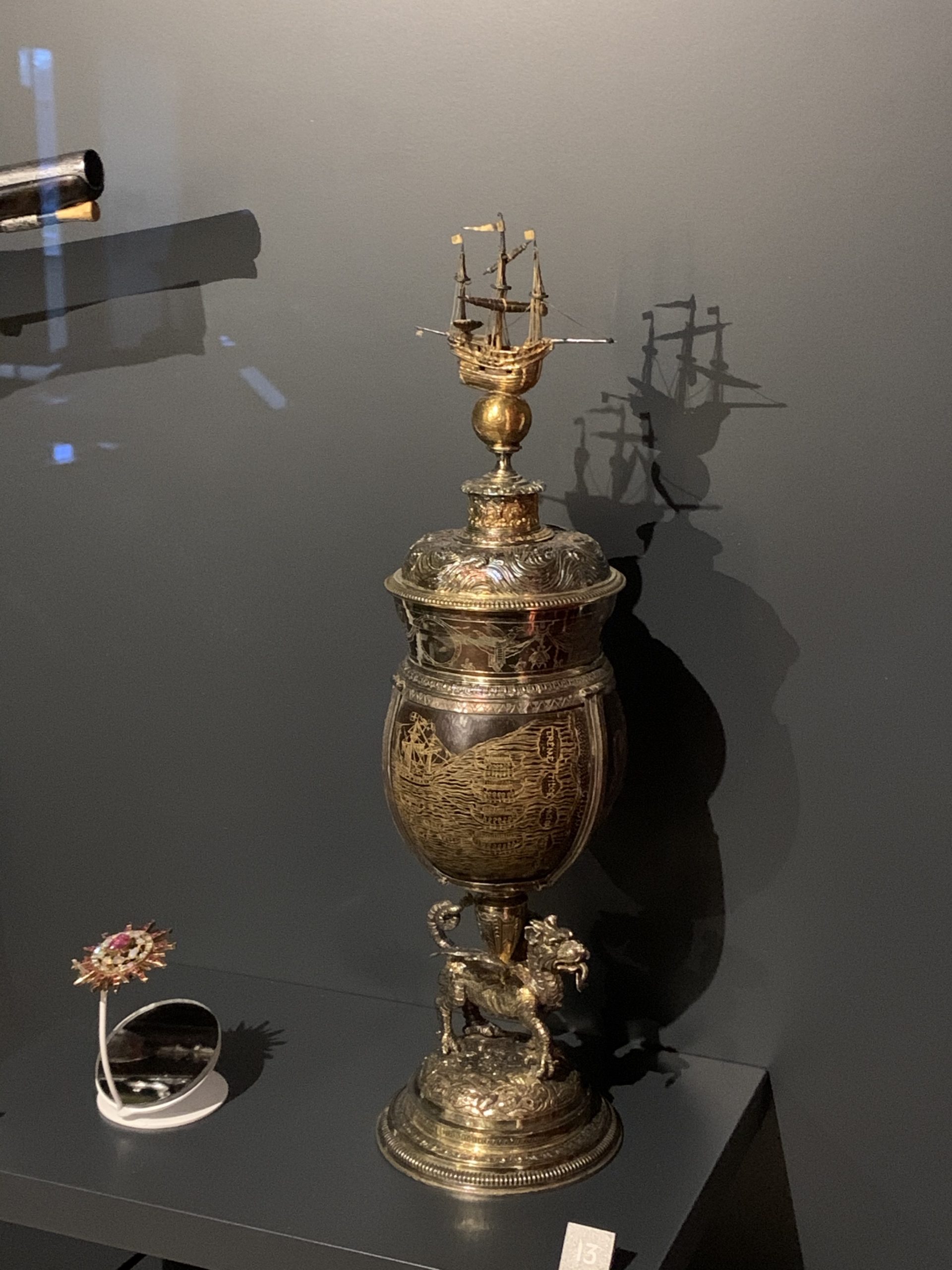